I know, this post is not about homebrewing. But it is about something related, more precisely about the homebrewing waste. I’m talking about spent grain left after mashing. Evidently, we can get rid of it, but it’s a pity to throw it away in the trash can instead of trying to use it for something else. Spent grain can be used as food for farm animals, as compost, as an ingredient for cooking and even as biomass to obtain energy, allowing us to save in fossil fuels. Living in a flat, the first two options are quite complicated (although we could use it as compost in a pot) and the last one is restricted to a little number of microbreweries. However, using spent grain as an ingredient for cooking is a very interesting and easy option. 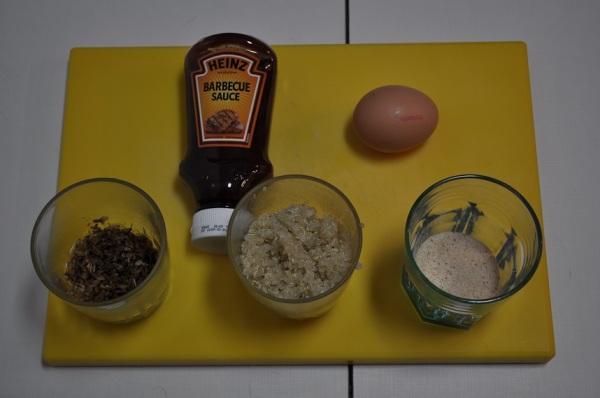 Before we get into the details, first let’s explain what to do with the grain just after brewing to keep it for some time without getting spoiled. In the first place we put the spent grain in one or various oven trays, well spread out, forming a thin layer in each tray. Then we set a relatively low temperature in the oven, around 70-75ºC (158-167ºF) works fine for me. We keep it at this temperature for a few hours to lower the moisture of the grain as much as we can. Depending on the environmental humidity and the oven we use, this process can last between 6-8 hours, approximately. To help with the process of drying it’s better to move the grains halfway through de process (you’ll have to guess the midpoint the first time).

Once we have the grain dried we have two options, to store it as it is or to mill it to store it as flour. Depending on the recipe, we’ll need one way or another. For recipes, I strongly recommend the Spent Grain Chef section from Brooklyn Brewshop website, where you’ll be able to choose from an impressive selection of recipes. I’ve tried some of them (the one from this post is an example) and I must say the spent grain give them a special touch. I also recommend to use spent grain from beer recipes with special or roasted malts, since the flavor these kind of malts impart to these food recipes is more assertive than if you used pale or pils mats.

After this introduction, let’s start with the recipe for the veggie burger. In this case, we will use the entire grains. Apart from the spent grain, the rest of the ingredients that will be part of the dough will be cooked quinoa, egg/s, bread crumbs and barbecue sauce (or any other sauce). You can try different proportions of these ingredients, but I use one part quinoa, one part spent grain and half part of bread crumbs. Depending on the amount of these three ingredients you choose to use, you’ll add 1 or 2 eggs and sauce. In the first picture above you can see the amounts I used for one burger, although you can play with the amount of each ingredient.

Forming the dough is pretty easy. First, we cook the quinoa (I boil it for 15 minutes and then I remove the water) and rehydrate the spent grain with some water. Then we put them both in a bowl with the egg and barbecue sauce, and a pinch of salt. We mix everything well with a fork and, finally, we add bread crumbs until a quite solid dough is formed. 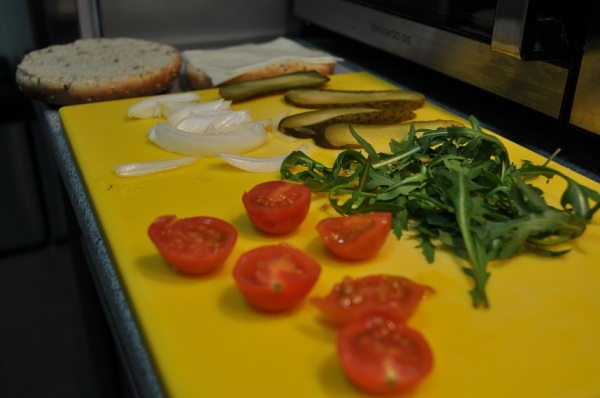 Due to the moisture from the mix, and in my own experience, it’s of no use trying to shape the dough before putting it on the frying pan. It’s better to add 2-3 olive oil tablespoons to the frying pan, wait until it heats and then add the dough. Once in the frying pan, while it get cooked, it’s much easier to shape it with a spoon or a skimmer. 8 minutes at medium heat for each side will be enough. You’ll see how it slowly gets darker and gets more consistency. As this happens it’s better to compact the dough so it doesn’t expand too much. 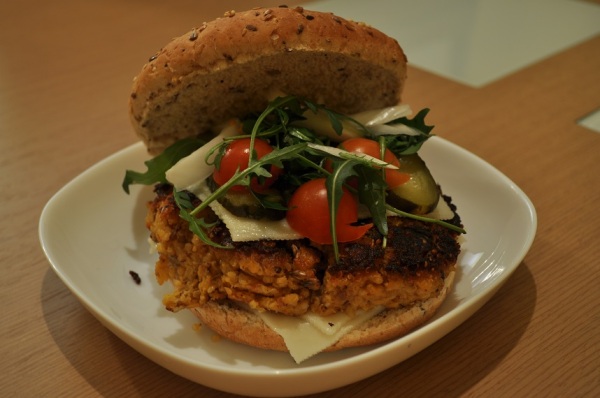 When the consistency is firm enough to remove it without risking of breaking it, we can take it out from the frying pan. From here, you can taste it as you want: with hamburgers buns, with fork and knife in a plate, with or without additional sauce, with toppings,… It’s not meat, but I assure you the result is quite tasty. And this way, you can use that spent grain that more often than not ends up in the garbage. Enjoy!

*This post was first published in Spanish on 30 January, 2017

This site uses Akismet to reduce spam. Learn how your comment data is processed.

Ales of the Riverwards

Sour beer and brewing education for both home and craft brewers.

'Zee-tho-fyle', by Martyn Cornell, an award-winning blog about beer now and then, founded in 2007

Shut up about Barclay Perkins

They Who Drink Beer Will Think Beer